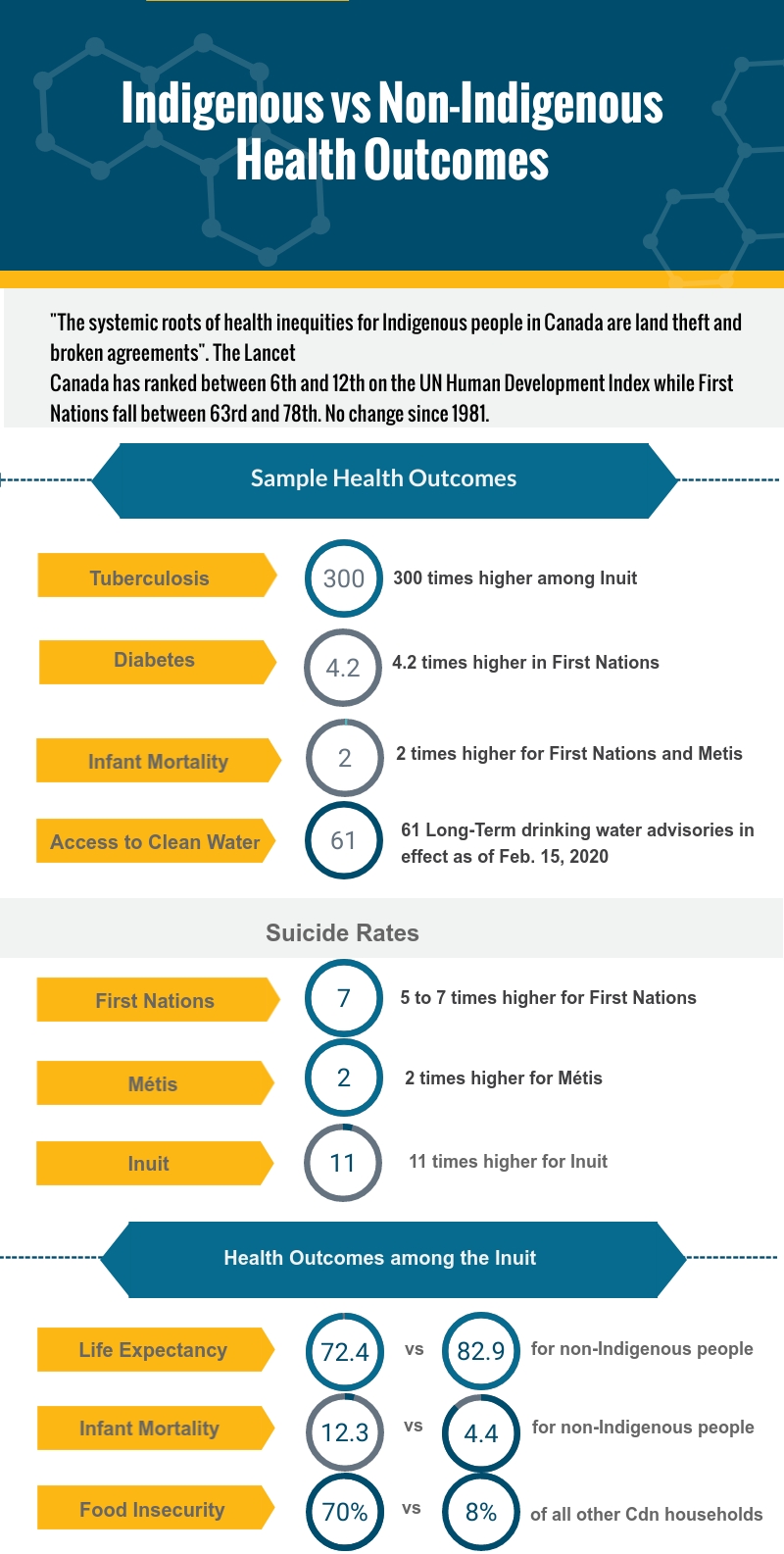 After the death of Joyce Echaquan at a hospital in Québec, the Government of Canada convened an urgent meeting with the following objectives:

Jan. 28, 2021: CTV – Indigenous Services Minister Marc Miller announced the co-development of a distinctions-based health legislation aimed at giving First Nations, Métis and Inuit people control over the delivery of health care in their communities. The announcement came at the conclusion of a two-day virtual meeting on anti-Indigenous racism in Canada’s health care system. Miller noted that the task is complicated by the fact that delivery of health care is jealously guarded provincial jurisdiction. But he said all provinces and territories were represented during the two-day meeting and all seem committed, to varying degrees, to tackling racism in the health system.

0/7 CTAs have been completed to date

Recognize value of Indigenous healing practices and use in health system

Increase the hiring and retention of Indigenous healthcare workers

Bill 79, An Act to authorize the communication of personal information to the families of Indigenous children who went missing or died after being admitted to…...

Toronto Star - First Nations children in Ontario are excluded from the provincial governments commitments “that all schools in Ontario will have access to rapid…...

Victoria Times Colonist – Fewer than half of the 24 recommendations to address Indigenous-specific racism in the province’s health-care system have been fully implemented on…...