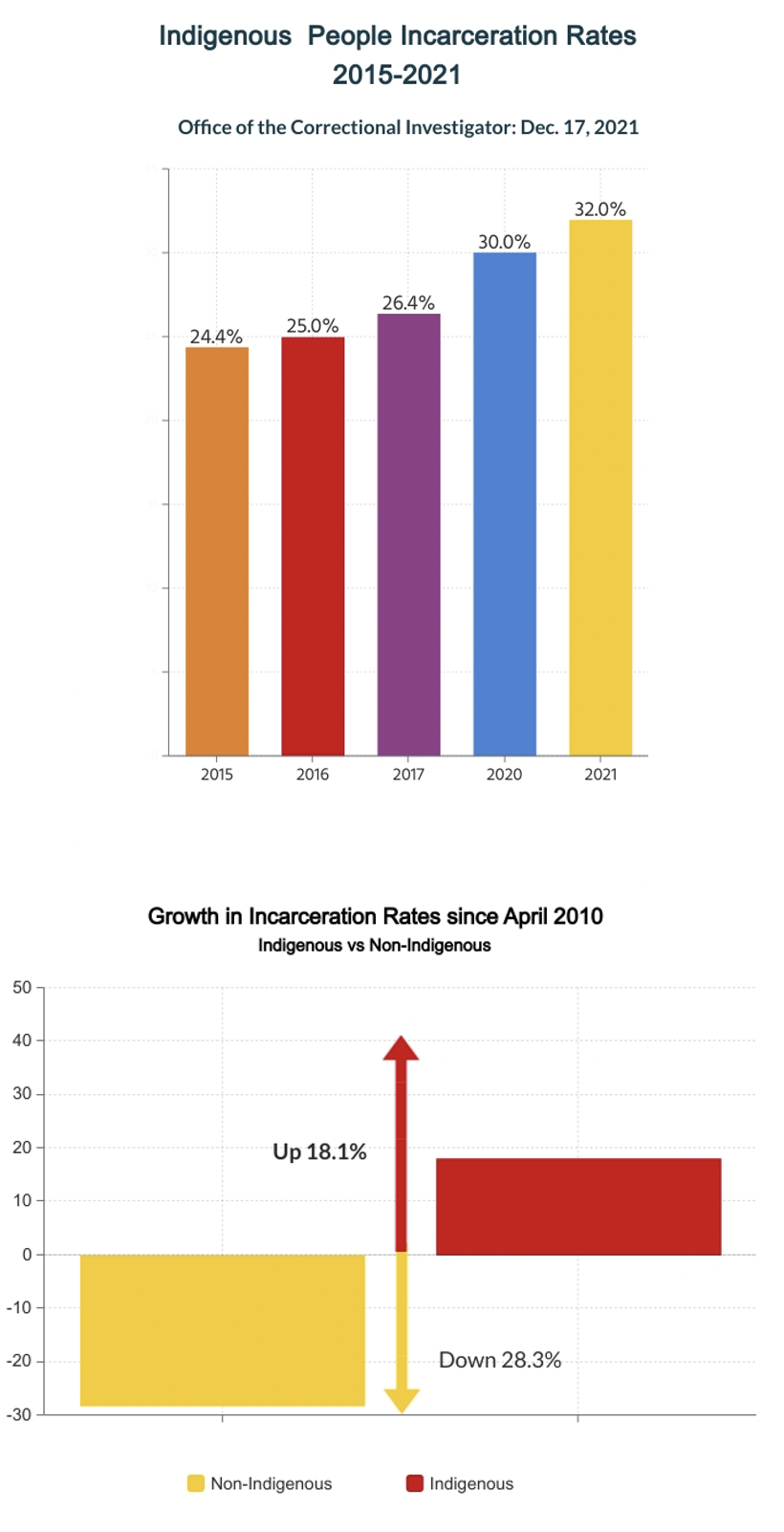 Jan. 21, 2020: Toronto Star – The same urgent calls to action are raised in the final reports of the Truth and Reconciliation Commission, the National Inquiry into Missing and Murdered Indigenous Women and Girls (MMIWG), as well as two recent parliamentary committee studies on Indigenous peoples in the criminal justice system. These bodies have called upon the federal government to implement measures recommended by the Office including:

As Dr. Ivan Zinger, the correctional investigator concluded: “It is not acceptable that Indigenous people in this country experience incarceration rates that are six to seven times higher than the national average. Bold and urgent action is required to address one of Canada’s most persistent and pressing human rights issues.”

1/21 CTAs have been completed to date

Review and amend their respective Statutes of Limitations

Mandatory law school course on Aboriginal people and the law

Residential School Settlement Agreements for those excluded from the TRC process

Commit to eliminate overrepresentation of Aboriginal people in custody

Commit to eliminate overrepresentation of Aboriginal youth in jail

Equity for Aboriginal People in the Legal System (50-52)

Adopt “acceptance and burden of proof” principles on Aboriginal claims

Vote to take place Monday and 11,100 Alberta lawyers eligible to register Roger Song is a lawyer in Calgary who initiated the effort to change…...

The 3-hour online course “Uniting Against Racism” was introduced as part of the Vision 150 program brought in by Brenda Lucki when she took over.…...

Class-action suit launched over the Île-à-la-Crosse school in northern Saskatchewan after Métis were left out of previous settlements. Toronto Star: For survivors of one of…...

Sylvie Hauth, a 30-year veteran with the service, was the first female police chief in Thunder Bay, appointed in 2018. The Globe and Mail: The…...

Lawyer James Lockyer attends a session at the Mass Casualty Commission inquiry into the mass murders in rural Nova Scotia on April 18, 2020, in…...

Settlements for Parties Excluded from the IRSSA

Maurice Cardinal and Jacob Sansom were killed on March 27, 2020, in rural Alberta Anthony Bilodeau, 34, was sentenced for his convictions in the 2020…...

‘I didn’t know what racism was until I joined’: The RCMP has a systemic problem. But what is being done?

That the Mounties have a systemic problem with racism and harassment is not in question. What’s less clear is what’s being done about it. Toronto…...

Almost a fifth of Winnipeg’s homicides this year involved Indigenous women. These are their stories

Settlements for Parties Excluded from the IRSSA

Indigenous Addiction and the Justice System

Bill S-3 An Act to Amend the Indian Act