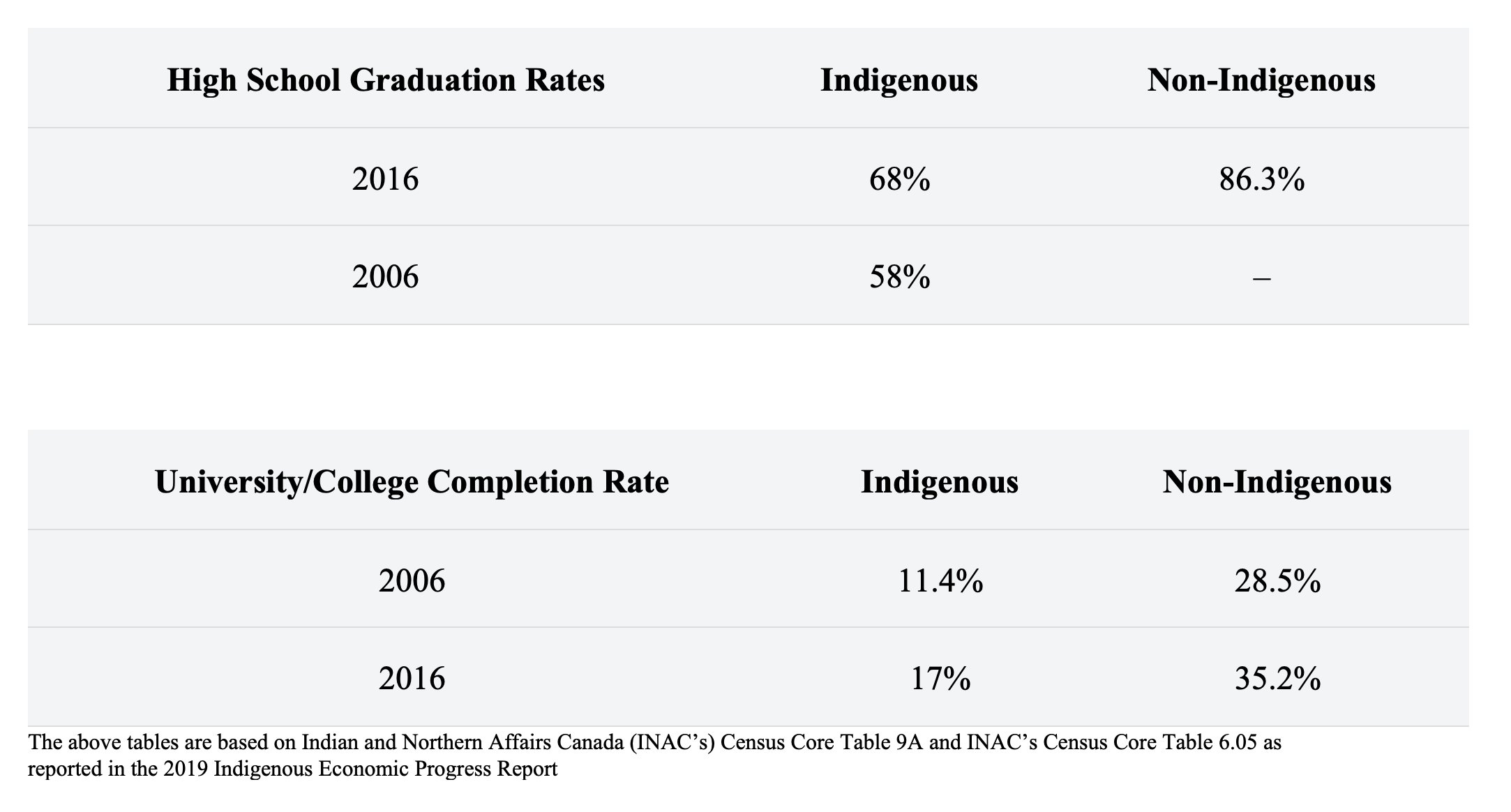 Between 1996 and 2016, a 2 per cent cap on annual increases was in place; between 2004-05 and 2013-14, provincial expenditures increased roughly 2 per cent a year after adjusting for inflation (during this same time period). This is in the context of declining enrolment, meaning students in the provincial education system received INCREASING per capita funding, Indigenous students under federal jurisdiction received LESS per capita funding.

Parliamentary Budget Officer (PBO) estimates that, nationally, the total funding shortfall for education programming in all band-operated schools in 2012-13 was between $300 million and $595 million. PBO estimates this shortfall grew to between $336 million and $665 million in 2016-17.
“Federal Spending on Primary and Secondary Education on First Nations Reserves”: Office of the Parliamentary Budget Officer, Dec. 6, 2016
http://publications.gc.ca/collections/collection_2016/dpb-pbo/YN5-113-2016-eng.pdf

0/11 CTAs have been completed to date

Repeal Section 43 of the Criminal Code

Develop a joint strategy to eliminate education and employment gaps

Saskatchewan (USask) is sharing a new independent report that will contribute to the national conversation and inform the university’s continued implementation of policies and practices…...

How School Trustees Can Lead on Reconciliation

Some districts have worked to support Indigenous students’ success while others lag. School boards can make the difference. Amy Parent (Noxs Ts’aawit), associate professor in…...

NationTalk: Toronto, ON) Ontario Regional Chief Glen Hare issued the following statement condemning recent actions of the Office of the Minister of Education that perpetuate…...

Taapwaywin: Talking about what we know and what we believe: new podcast of unheard Indigenous stories and histories

NationTalk: A new podcast about memory, power and the journey to find truth launched today from the University of Victoria Libraries. The eight-episode series, Taapwaywin:…...

How Commonwealth universities profited from Indigenous dispossession through land grants

The Conversation - Animated by social movements such as #RhodesMustFall and #BlackLivesMatter, universities today have entered a period of critical self-reflection on their histories. The renaming…...

How familiar are Canadians with the history of Indigenous residential schools?

Toronto Star: One year after more than 1,000 unmarked graves were discovered on the grounds of former residential schools — putting a global spotlight on…...