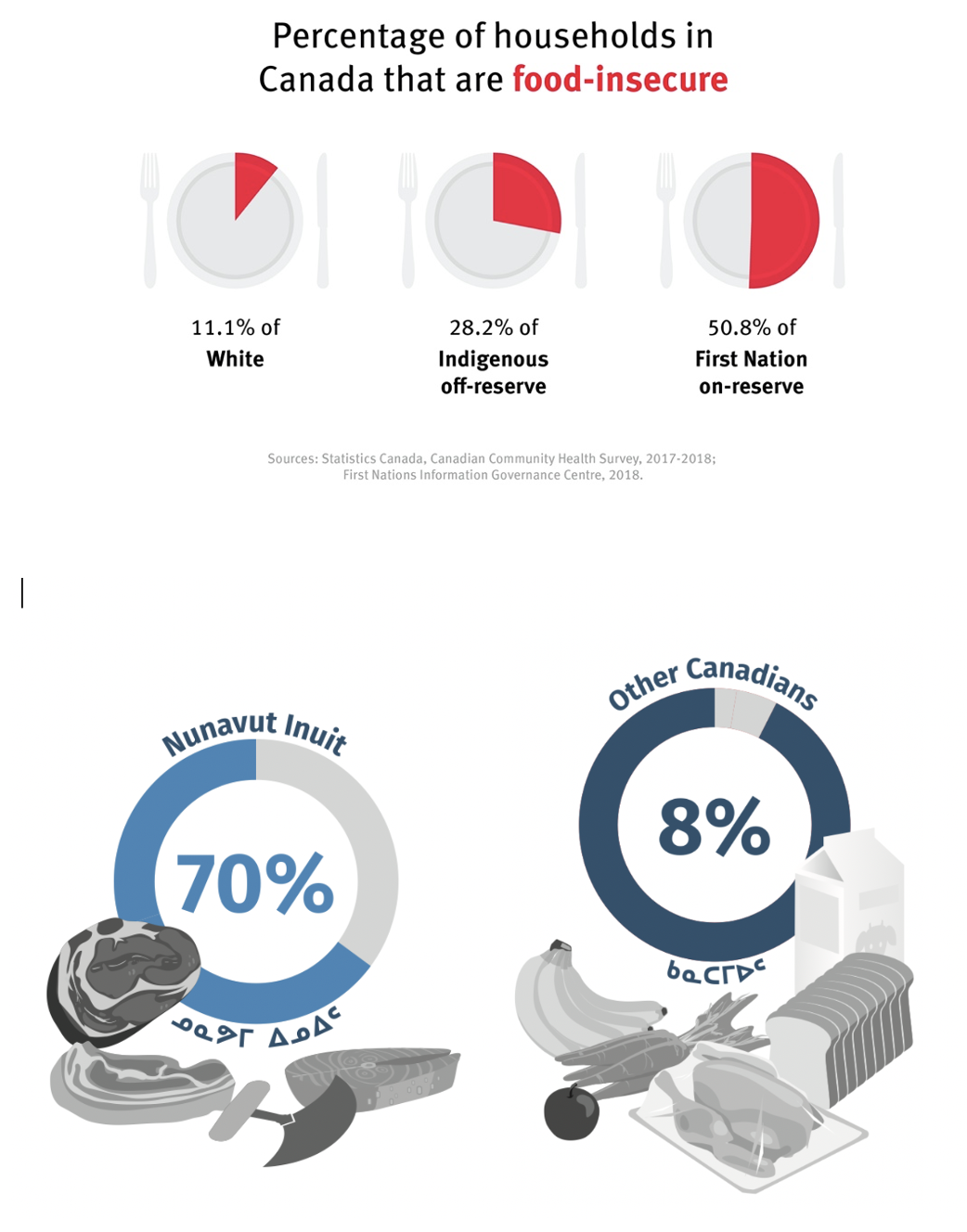 Food insecurity has reached crisis levels in all four Inuit regions. In one Inuit region, 70% of Inuit adults were found to be living in food insecure households. This is six times higher than the Canadian national average and represents the highest documented food insecurity prevalence rate for any Indigenous population residing in a developed country.

Food insecurity is a serious public health concern because of its close ties to a person’s well-being. Not having enough nutritious food can have negative impacts on physical and mental health. Studies show links between food insecurity and higher rates of heart disease, diabetes, dental issues and depression. Obesity is also linked to malnutrition.

Nunavut has one of the highest birth rates with some of the youngest mothers in Canada. Food insecurity has detrimental impacts on pregnant women and their babies. Malnutrition during pregnancy can result in poor birth outcomes and long-term negative health effects for both mother and child.  Children’s cognitive, academic and psychosocial development are harmed by food insecurity. For Inuit, the impacts of food insecurity also extend to cultural well-being because of the centrality of country foods to culture, community and identity.

Built on collaborative research with 92 First Nations across the country – 7,000 participants over 10 years – the FNFNES highlights that traditional foods remain foundational to First Nations’ health and well-being, and that the quality of traditional food is superior to store bought food. However, due to environmental degradation, socioeconomic, systemic and regulatory barriers, many First Nations face three to five times the rate of food insecurity than the Canadian population overall.